Bootstrap 4 –Cool & Smart New Features To Get Excited About

Bootstrap 4 is undoubtedly the best front-end framework for faster and easier development with high-quality HTML, CSS, and JavaScript. The high responsiveness of the web apps (built on Bootstrap), customisable nature of the features, consistency of the internal toolkits, faster development time and a huge support community is what makes the framework standout from the rest. Bootstrap is easy to use and gives you to tools to build powerful, responsive, mobile-first web applications with minimal effort!

And the good news is that the final, stable version of Bootstrap 4 is here! Here’s what new & cool in Bootstrap V4.0.0-beta.3:

Until Bootstrap 3, the front-end developers could only target web designs with respect to 4 viewports: mobile phones, tablets, desktops and larger desktops. Bootstrap 4 facilitates developers with the ability to enhance the grid system for smaller devices too–viewports under 480px width. The new grid class has adopted the name of the previous smallest class, col-xs, and the viewport size range assigned to the existing grid classes (col-sm, col-md, col-lg and col-xl) has been moved up a notch.

Bootstrap 4 streamlines the variable customisation process by making all the Sass variables available in a single file called _variables.scss. In order to edit the values, the developer will only have to copy the default settings from _variables.scss to _custom.scss.

In the latest version of Bootstrap, every JavaSript plugin has been rewritten using ECMAScript 6. The refactored plugins utilise the latest specifications and enhancements and allow developers to build better front-end experiences.

Bootstrap V4.0.0-beta.3 has stabilised a few key pieces of CSS, polished the documentation and surprised us with a bounty of rich features for building highly responsive and mobile-friendly apps. There are still some kinks that need to be ironed out but this is undoubtedly the best update of the front-end framework.

Want to explore the possibilities with the new and advanced Bootstrap 4.0? Get in touch with Carmatec to build amazing web applications. 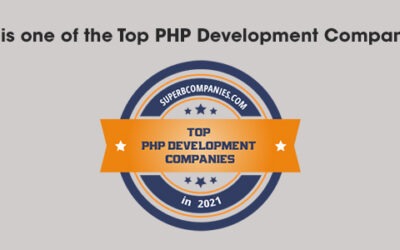 Why to choose Carmatec for outsourcing your PHP web development

Like any other business looking to outsource their web development needs, you also aim to streamline your business processes while reducing business expenses in order to eliminate any inefficiencies from the system.This aim can be fulfilled only when you make a wise...

PHP and IoT Together Can They Make A Revolutionary Change